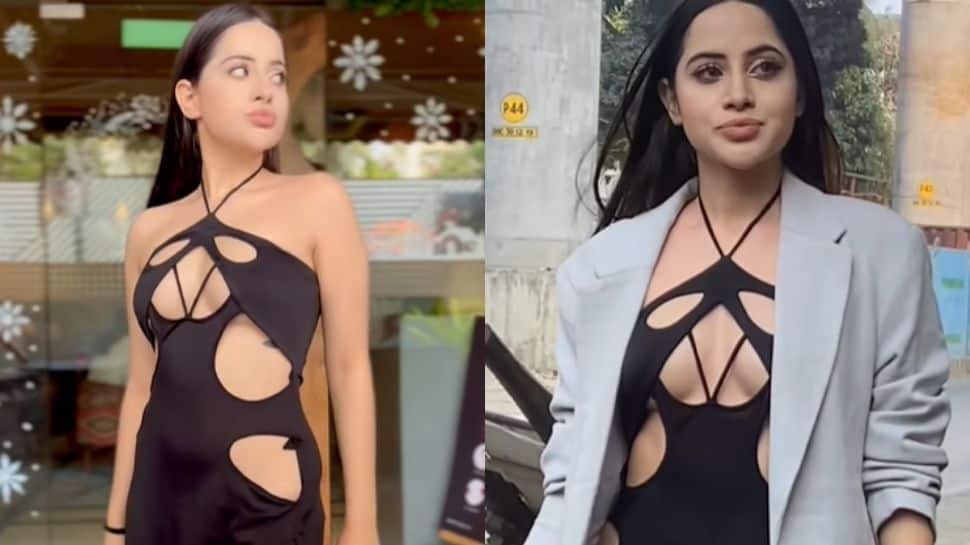 New Delhi: Bigg Boss OTT fame Urfi Javed popularly known for her bizarre and experimental sense of fashion has stunned the internet once again but this time with her quirky comment to paps.

The diva was recently spotted in the city wearing a sexy black cut-out dress and posed for paps in it. When a paparazzo asked the TV star to smile, she politely declined and said that it doesn’t go with her look.

The paps were quite understanding of her statement and didn’t ask her again.

She is famous on social media for her DIY videos. From making a top from stockings to donning a dress made from trash – Urfi has done it all in her posts online.

Urfi Javed first came into the limelight in 2016 when she appeared in the TV show ‘Bade Bhaiyya Ki Dulhania’. The actress has since then been seen on shows like ‘Meri Durga’, ‘Bepannaah’ among others. She has also appeared on ALTBalaji’s OTT show ‘Puncch Beat’ Season 2.