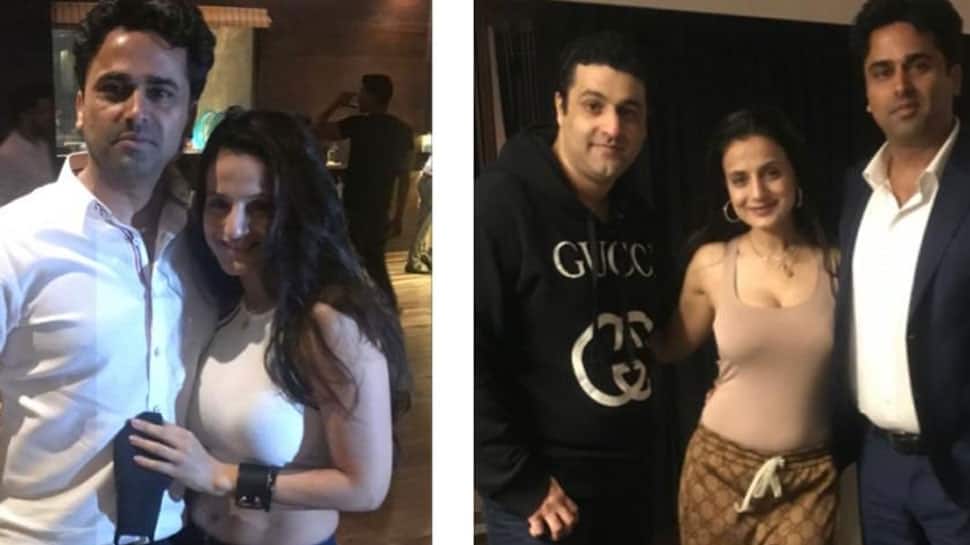 New Delhi: Late politician Ahmed Patel’s son Faisal Patel turned a year older today and amid all the birthday wishes, it was actress Ameesha Patel’s tweet that caught attention. Replying to her, Faisal was quick to express his feelings.

This is what Faisal replied to her: Thanku  @ameesha_patel. I’m formally proposing in public. Will you marry me?

However, soon after tweeting his proposal, Faisal Patel was quick to delet it. Here’s a screenshot of his tweet:

Faisal and Ameesha have been clicked on various occasions in the past. But none ever made their relationship status public.

Faisal is the CEO of HMP Foundation and Aria Analytics, Inc. He was earlier married to Zainab Nedou Patel, who died on June  7, 2016. She battled a long cardiac and neurology related illness.

On the work front, Ameesha Patel will be seen in Sunny Deol’s period drama Gadar 2. She will be reprising her role of Sakina in the entertainer which also stars Utkarsh Sharma in the lead role. Directed by Anil Sharma, Gadar 2 will release in 2022.

Shaktimaan has written the film, while Mithoon has composed its music.