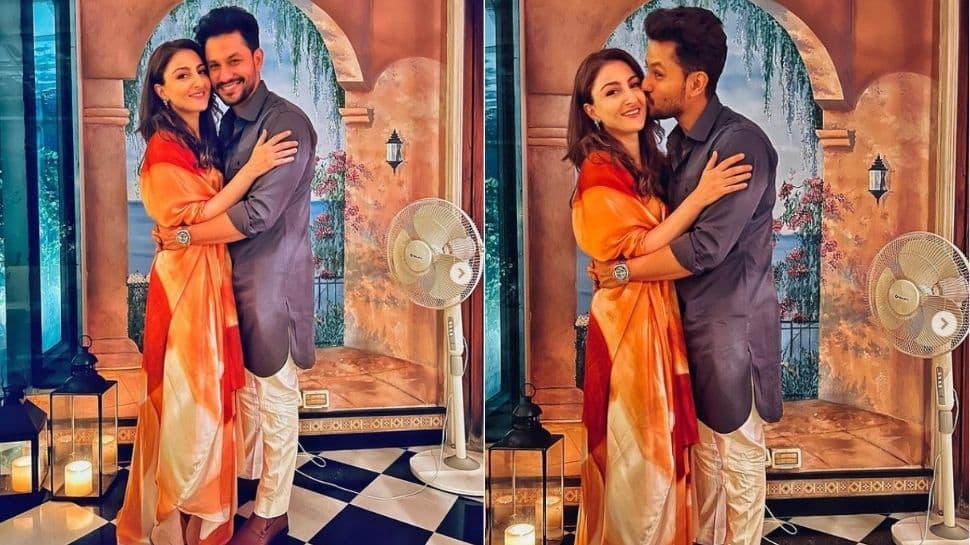 NEW DELHI: Actor Kunal Kemmu who is an avid social media user is all known for his great sense of humour. Kunal has now shared a new post with his beloved wife Soha Ali Khan and his caption has been winning hearts all over the internet.

Kunal shared two pictures with his wife and captioned it as, “पति पत्नी और पंखा
#jabrafan..”

In the first picture, Kunal and Soha held each other firmly and posed for the shutterbugs. In the second picture, Kunal can be seen kissing Soha on her cheek.

For New Year celebrations both opted for traditional attires and looked stunning as ever.

While their fans were going gaga over Kunal’s caption and the happy pictures, it was Kareena Kapoor Khan’s compliment on his post which grabbed everyone’s attention.

Heaping praises at Kunal, she wrote, “I can see you have upped your caption game.”

He replied, “Learning from the best you see.”

For the unversed, Soha and Kunal met on the sets of ‘Dhoondte Reh Jaoge’ in 2009. The couple fell in love with each other while shooting their second film together titled ‘99’.
Kunal proposed to Soha in Paris and the couple got hitched in 2015.

Today, they are the proud parents to daughter Inaaya Naumi Kemmu.