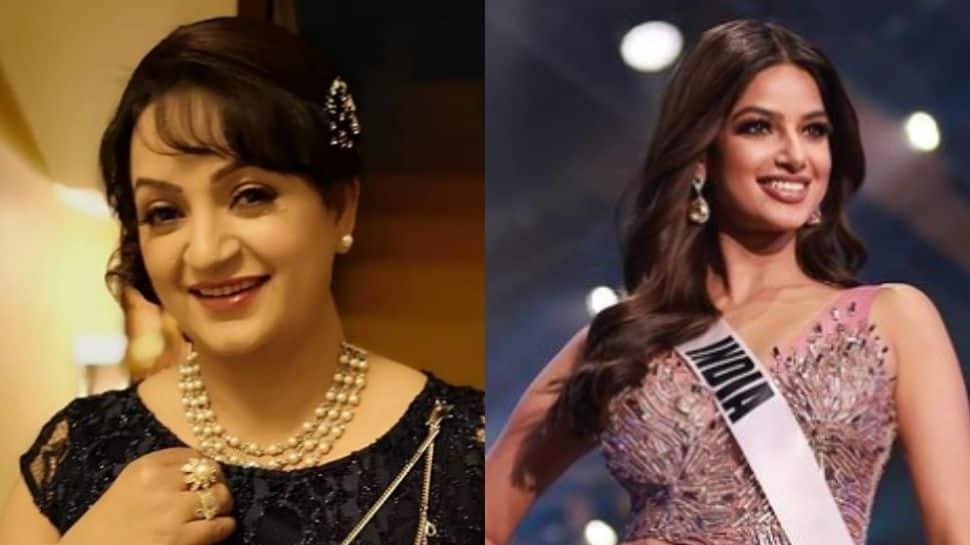 New Delhi: Harnaaz Sandhu made India proud as she won the prestigious Miss Universe 2021 crown and brought glory back home after 21 years. She is the third Indian to win the title after Lara Dutta and Sushmita Sen.

Many celebrities including Lara and Sushmita took to social media to congratulate her and shower praises on her. One of the jury members Urvashi Ratuela even shared a video with Miss Universe 2021 whilst holding high the Indian flag.

After the 21-year-old’s big win, comedy actress Upasana Singh, popular for playing bua in the Kapil Sharma Show, revealed that Harnaaz had called her after winning the title. Upasana, in an interview with a leading daily, said that she and Harnaaz were living together before the latter flew to Israel.

Upasana expressed that she was very emotional after Harnaaz’s win and revealed that on returning to Mumbai, Harnaaz’s first stop would be Upasana’s home.

Upasana told India Today, “She was living with me before leaving for Israel. She once cooked rajma chawal for me. During this period, Harnaaz often said – with confidence – that she will win the Miss Universe crown. And now, she has proven her point. I am very happy that the one who brought laurels to our country is a part of my film.”

“She called me after winning the crown and shouted that she fulfiled her promise. I could feel her happiness on the phone. In fact, I got really emotional talking to Harnaaz and couldn’t stop crying. It felt as if my child had done something. Whenever Harnaaz comes to Mumbai, she stays with me. When her training started after Miss India, we housed her for five days. She was saying that as soon as she comes to Mumbai (from Israel), she will come to my house first,” Upasana added. She also revealed that she has signed Harnaaz in two movies already,” she added.