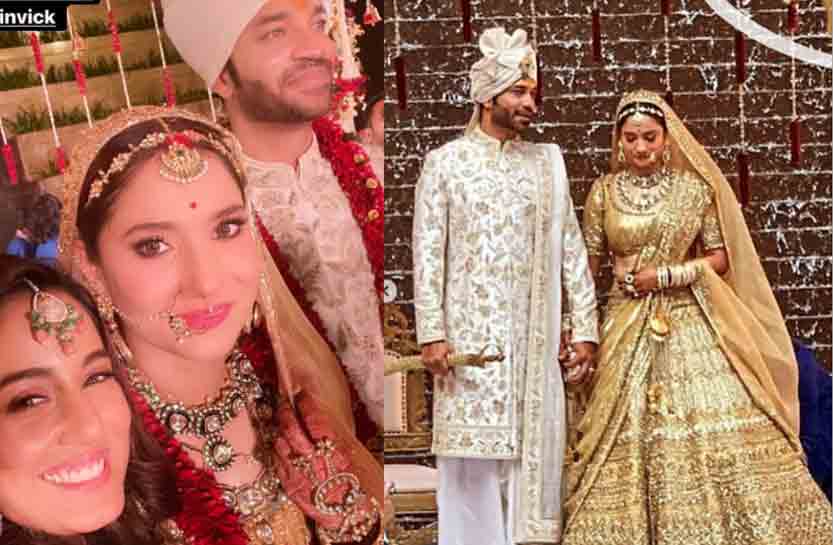 Ankita Lokhande looked super gorgeous as a bride. Her sheer long veil added the regal touch to her overall look. While she opted for a golden lehenga, Vicky opted for a beige sherwani and a turban. A priest standing next to the couple performed an aarti.

Ankita, who has been super enthusiastic about her wedding, and had been even expressing on social media, was seen doing a happy dance after exchanging garlands with Vicky. In another video shared by celebrity photographer Viral Bhayani, the couple is seen taking the ‘saat pheras’ around the sacred fire.

The ‘Pavitra Rishta’ actress had recently injured her feet barely days before her wedding, However, despite her injury, she made sure to dance her heart out at every event with her Mr Right.

Several photos and videos from their pre-wedding ceremonies including ‘mehendi’ and ‘sangeet’ went viral on social media. In a few videos that grabbed eyeballs she was seen performing beautifully for Vicky at the engagement party.